Long term care insurance is not generally included under Medicare. Long term care is the care you need when you are no longer able to look after yourself due to age or illness. This video answers that question, which is that without long term care insurance, even if you are in Medicare, you would still need to pay for your custodial care and without sufficient money/ when your savings run out, you will need to apply for Medicaid. Under Medicaid there is little choice where you will be placed, and it will be in a care home most likely. You would not be allowed to stay at home, normally under Medicaid.

Posted by longtermcarehub in News, Reblog on June 18, 2014

As you save and invest for retirement, what are your ultimate goals? Do you plan on travelling the world?

Purchasing a vacation home? Pursuing your hobbies? People often think and plan for these costs. Yet, too often, many of us overlook what potentially could be a major expense during our retirement years: health care. By preparing for these costs, you can help yourself enjoy the retirement lifestyle you’ve envisioned.

So what can you do to help cope with these costs? Here are a few suggestions:

Estimate your costs Try to estimate what your out-of-pocket health care costs might be, based on your health, your age at retirement, whatever supplemental insurance you may carry and other factors.

Know the key dates Things can change in your life, but try to identify, as closely as possible, the age at which you plan to retire. This will help you spot any coverage gaps.

Review your insurance options The purchase of long-term care insurance may offer flexibility and financial resources to stay in your home rather than living in a long-term care facility should you require round the clock medical care.

Alternatively, if you live longer than expected you may need to consider the cost of healthcare at a later age and structure your financial strategy to take those considerations into account.

Annuities are one income generating vehicle to consider for those who are concerned about living longer and having to pay health care costs out of pocket later in life.

Think about health care directives. If you were to become incapacitated, you might be unable to make health care decisions — and these decisions may affect not only your quality of life but also your financial situation, and that of your family.

Talk to your legal advisor about establishing a health care directive, which allows you to name someone to make choices on your behalf.

Health care costs during your retirement may be unavoidable. But by anticipating these costs, you can put yourself in a position to deal with them — and that’s a healthy place to be.

Today, Genworth Financial, Inc announced the launch of its new website www.longtermcareinsurance.org , designed to help fill the information gap for consumers about the reality of long term care and the importance of planning for the future.  The website, named the National Advisory Center for Long Term Care Information (NACLTCI), sponsored by Genworth, is focused on providing clear, concise and unbiased information to consumers faced with making decisions related to long term care.

To view the multimedia assets associated with this release, please click:http://www.multivu.com/players/English/7206251-genworth-launches-national-advisory-center-for-long-term-care-information-website

“There isn’t a one-size-fits-all mold when it comes to long term care planning.  We’re dedicated to providing consumers with resources so that they can make the right decisions for their families and loved ones,” said Tom McInerney, CEO of Genworth. “Longtermcareinsurance.org future plans include featuring real stories about the importance of long term care planning that consumers can relate to, as well as expert third-party insight and guidance to allow consumers to make the right financial planning choices.  This is just another way we’re trying to drive change in the long term care space.”

Surprisingly, despite well-known demographic shifts of people working and living longer, many Americans do not recognize the need for a long term care plan.  Seventy percent of Americans turning 65 can expect to need some form of long-term care during their lives.1 However, according to research conducted by the Associated Press-NORC Center for Public Affairs Research2, 65 percent of those 40 years or older report having done little or no planning.  Additionally, many Americans 40 or older overestimate the amount that Medicare and Medicaid will help, with 39 percent believing that Medicare should share a large or very large amount of the financial responsibility, and 37 percent believing Medicaid should do the same.

“As a leader in the long term care industry, Genworth embraces its obligation to educate, innovate and bring new solutions to market that meet the long term care needs of Americans,” added John Whitcomb,  senior vice president of thought leadership for the U.S. Life insurance division.  “The National Advisory Center for Long Term Care Information is part of our multi-pronged approach to ensure we are living up to our responsibility to prepare consumers for their future long term care needs.”

Ongoing news, industry updates and guidance on navigating long term care will be available at Longtermcareinsurance.org.  Genworth also provides a host of tools and other resources to help close the financial literacy gap and help Americans properly plan for their financial futures, including:

Posted by longtermcarehub in Reblog on June 3, 2014 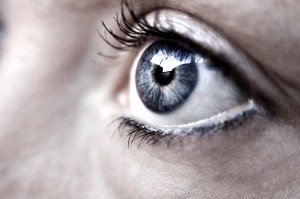 A new report about long-term care in the U.S. includes results of 1,419 interviews conducted among a nationally representative sample of Americans aged 40 years and above.

The Associated Press-NORC Center for Public Affairs Research released new report showing how Americans perceive long-term care this month and it is the second study done by the organization about the public views of long-term care.

The first study, which was done in 2013, was conducted in order to gauge what Americans know or do not know about long-term care and their level of preparedness for this possible need.

The organization found that only a handful of Americans are prepared and understand the financial costs and impact of a long-term care event. Also, the group found that majority of Americans who are 40 and older expect that their families will provide assistance as they grow older.

The organization recognized that family members play a vital role in providing long-term care so they conducted a second study to explore the level of influence that the family has over long-term care.

More so, they intended to find who provides and receives care, as well as the effects of caregiving on family relationships and personal experience.

After evaluating the results of the two studies, AP-NORC reports findings that the Americans’ understanding of long-term care, personal experiences with long-term care, perceptions about their own care and their loved one’s care remained relatively constant from last year’s responses.

Meanwhile, the second study found that in 2014, Americans are more supportive of a long-term care program ran by the government, similar to Medicare. Also, respondents say that setting a number of measures will be helpful in measuring the present quality of living assistance.

How much LTC does Family Members Provide?

According to the study, the majority of Americans who are 40 years old and above rely on their families for long-term care. More so, people who receive care are mostly moms. In fact, four in 10 caregivers have provided care to their mothers. This further illustrates the fact that long-term care should be a more pressing concern for women. In fact, most people who experienced long-term care are female, and are part of the baby boomer and low-income groups.

The Effect of Caregiving on Relationships and LTC Preparedness

Participants in the report who are 40 and older reported they are more likely to plan for long-term care if they experienced a long-term care event. They are less likely to expect that they can count on their families for care should they need it.

However, the overall percentage of people who expect that their loved ones will meet a huge part of their LTC needs remain high. 74 percent of those without a long-term care experience and 67 percent of those who have expect their families to take care of them.

Meanwhile, caregivers report that their experience in taking care of a loved one is mostly positive.

Of the respondents who expect to be caregivers in the next five years, only 3 in 10 say that they are prepared to take on the job.

The Need to Raise Awareness on LTC

Americans have limited knowledge about ongoing living assistance, the study found. But between information coming from friends and family, and long-term care experts and professionals, they tend to believe information that comes from the latter.

By 2030, the senior population is expected to make up 20 percent of the U.S. That means that there will be about 73 million Americans over the age of 65. Further, it is estimated that seven out of 10 individuals who are 65 and older will need long-term care, while one in four people aged 18 to 64 will also require a form of care service.

The results show more people will be at risk for long-term care as time passes, and this calls for a better strategy in addressing this possible need. One way to begin is to start educating yourself about long-term care and how it can affect your quality of life.

Here in LTC Options, you can learn about these things. Our website and blog offer a huge pool of information about long-term care and how you can prepare for it.